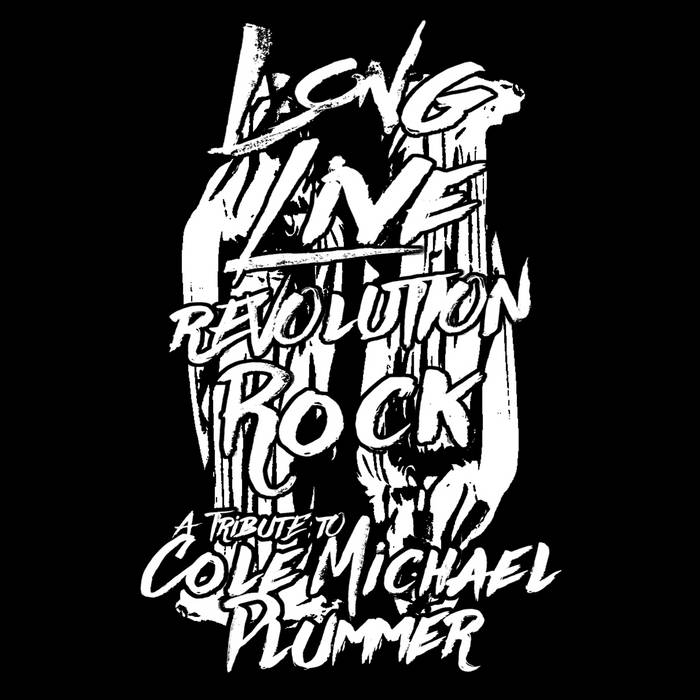 Ninja of the Sea

On July 20th, 2016, we lost a friend, brother and son. Cole embodied what this “scene” was all about: independence, free-thought, and empathy for others. Cole was the embodiment of punk rock. He was smart, kind, and passionate about what he loved. Cole was out-spoken and defended what he believed in. We lost a brother in arms on that fateful Wednesday night, may we never forget that crack rock steady blood runs worldwide. Long live revolution rock and Rest In Paradise // Never Rest In Peace Cole Michael Plummer. We love and miss you. Keep raging on the other side brother.
- Tommy "No Time" Smith

Cole was born April 8, 1988 to Joseph Lawrence Plummer and Diana Louise (Good) Plummer of Paola. Cole attended Paola schools and was a lifelong resident of Paola.

The youngest of five children, Cole was his father’s pride and joy and his mother’s sweet baby boy. His sisters and brothers doted on him completely as he filled the family home with love, laughter and adventure. His humor and cleverness were evident from a young age and many friends and teachers remember him for being witty and funny.

As a child, Cole was a Ninja Turtle, a son of Swamp Thing, and most importantly, a Real Ghostbuster. He read adamantly throughout his life, especially suspense novels. As an adult he enjoyed non-fiction including history and true crime, and developed a special love for Steven King. Young Cole was highly creative and spent hours constructing Lego cities and illustrating his own hilarious comic book series, ‘The Y Men.'

Cole held a deep conviction for fairness and a special compassion for animals and people who were disadvantaged or suffering. He would go out of his way to alleviate the suffering of animals, and cared for his beloved chihuahuas, Lucha and Zora, as if they were his own children.

Cole was happiest when he was serving others. During his five-year position as a Direct Support Professional at Lakemary Center in Paola, his kind heart, empathy for others and his attention to detail truly shined through while he worked with both the children and adults in his care. He was also a great playmate of his nieces and nephews, and the children of his friends.

Cole’s greatest love in life was music. He especially enjoyed the genre of Punk Rock for its powerful sound and its ideologies of individualism, authenticity, freedom and equality. Cole made connections and built lasting friendships with people all over the country and world through music. An avid concert goer, he saved his money to travel as far as San Francisco, Los Angeles and Las Vegas to hear and support the musicians he believed in. This spirit of adventure and independence grew his desire for travel. Cole also enjoyed stitching and assembling his own Punk Rock clothing and apparel.

Cole was strong, fiercely independent, highly intelligent and deeply compassionate. He often used the word steadfast as a reminder to himself of the person he strived to be. He was loved by many and will be dearly missed.

Cole is preceded in death by his grandmother Ethelene A. Plummer and great grandmother Anna M. Rockley.

He is survived by his parents, Joseph and Diana Plummer; sisters Angie (Mike) Smith, Katie (Brad) Griffin and Mari (Chad Fonfara) Johann; and brother Matt (Jodi) Johann. He is also survived by his nephews and nieces: Drew, Emersyn and Livvy Smith, Brielle and Bayler Griffin, and Jace Johann; by his chihuahuas Lucha and Zora Plummer; and by many close cousins and friends.

All music used with permission from each band.
100% of proceeds from the digital and physical copy of this album will go to the Cole Michael Plummer Funeral Fund. No Time Records will not make a single penny from this release.

If you like Long Live Revolution Rock: A Tribute to Cole Michael Plummer, you may also like:

Alex Rita and Errol from Touching Bass feature in our special London edition of the Bandcamp Weekly.