by The Insomniac Collective 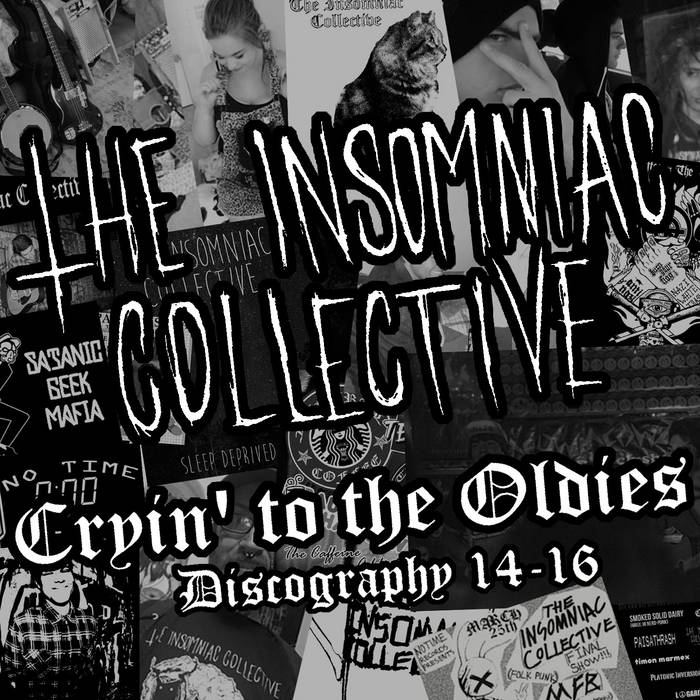 This album is a collection of all of our material released between 2014 and 2016.

Tracks 1 - 8 from Sleep Deprived Love Songs (2015)
Tracks 9 - 11 from The Caffeine Addiction Split
Tracks 12 - 14 from ¡Usted Son Una Enfermied, Escoria Nazi! Split with The Füneral Coffee
Track 15 from the High Tension Split
Track 16 from Load Yer Pipes: A Folk​-​Punk Tribute to Choking Victim
Track 17 from When is it Going to Change​?​: In Solidarity With Ferguson
Tracks 18 - 24 are assorted singles and rare tracks

This band would have not been possible without the help and support from Zeck of The Füneral Coffee & Satanic Geek Mafia, Chris of Unknown Records, Angel, Mario, Leo and Poncho of The Anti-Sheeple Movement, Jordan, Darrin, Cody and Jacob of Lo Ca$h Ninjas, Jesse of Skabel, Kevin and Wes of High Tension, Chet, TC and Brice of The Stupid Stupid Henchmen, Erik of No Cops For Miles, Ramiro of Loli Crew, Alec of Smoked Solid Dairy, Natalie and the entire Roach Hole Union family, Elliot, Adam and Robin of We The Heathens, Jesse of Escape from the Zoo, Paul of the Night Gaunts, Joey of The Dead Finches, Alyx of Pacific Nature, Alan and Armando of Anti-Venöm, Emily of BBMpire, Justan of Chencho, Tommy and Atsrid of Moon Bandits, Kyle of King Asshole, Russell and Adam, Kif of The Business Fairy, Andrew of Swamp Cabbage Records, Johnny and Tiffany, Phoebe and Josiah, Gregg of Apathy Cycle, Chris and Sarah, Abry, Shane of Dead Rejects, Justin and Joseph of What Do You Know About Ska Punk, Major Crash, MC Devlin, MC Lars, Juicy Karkass, Sean and Kyle of the Public Serpents, Dan and Phillip of Corrupt Vision, Chad, The City of LA, coffee, dollar menus, broken hearts, Camille and Kayla.
This album is dedicated to Dan of Gimme Crack and Cole Michael, rest in paradise the both of you.